This is part 2 of 2 of our Mt. APO climb expedition climb log. Read part 1 here, Climbing Mt APO, Our Turn

Morning at the Summit

Morning wasn’t any better and waking up to the cold weather seemed as if time had stood still to when we first arrived. Absent was the soothing warmth of morning; instead the earth was damp, the air cold and misty with a drizzle to complement a morning we would all rather sleep to. I thought about holding off the descent but reconsidered since our guides knew better.

So after breakfast over hot coffee, dried fish, noodles and rice we broke camp and went on our way. The descent is easier compared to other mountains but only because it’s more “straight forward” i.e., you don’t have to sit too much on your bum to carefully take the next step down.

One of the more intriguing section of the climb was the one right before Lake Venado. Around an hour the descent, the trek takes you through a section entirely covered by foliage with faint light breaking though just enough to light your path. It’s a pleasant, almost eerie feeling akin to walking through a tunnel, fashioned by nature, with nothing more than the canopy of leaves. You won’t miss it as it fully blocks the sky from your view. Although lasting only for a few meters, this was one of the more memorable experience for me aside from finishing the tiring boulder section. How I truly wish to see this again should I ever climb Mt. APO again.

We arrived at Lake Venado with our lunch readily prepared by our porter. Here, it was back to near zero visibility because of the thick fog. An iconic camp ground turns to nothing more than flat ground which buries your feet in water on every step.

After Lake Venado, we were now back in the forest where crossing the streams is both an exhilarating and scary feat. I remember doing so on merely two planks of bamboo attached together. Balance was key. There was also a roped and bamboo ladder section which jolted us out from mindless walking.

From this point on was the dragging long walk to the exit point. We finished at around past 5 in the afternoon, thankfully, well within our climb itinerary. Save for Carlo losing the strength on both his feet, we all finished the climb safe and sound.

The plan after was to grab a hearty meal and end it with bottles of beer to soothe every bit of muscle. At least that was the plan. But we were still hours away from Davao City so the beer never happened, and everyone was obviously tired.

We arrived at Davao City almost around midnight but sleep had to wait as we had to refit, clean ourselves and Mei2 had to finish collecting the finances. Kudos to her as it never is an easy job.

Mt. APO was a successful climb in many ways because this was our first climb outside the Visayas, not to mention the highest peak in the country. Mt. APO, although a common climb destination, still maintains her allure as a true mountain – a test more than enough to challenge those willing to take her summit.

It wasn’t a perfect climb, but the entire expedition was almost how we hoped it to be – a successful summit bid. From getting there to getting back, we brought home memories to live by and stories to tell.

A few months later a much bigger climb party would summit Mt. Pulag on a beautiful summit clearing. While some of us missed out on this climb, the adventure never ends, not just yet. 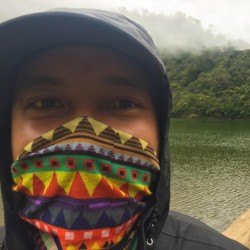 One thought on “Mt. APO, the End of an Expedition”